On this page, I will shortly describe some of the actions performed by me and my team during the development of our game Root of Guilt. I will try to keep the text short and pictures few, since it can be quite a dry subject to inform about on a webpage. The information on this page is only a part of the actions needed to ensure quality in a game production.

Before we could start developing our next game, and function as a game development team. We decided to perform a retrospective analysis of our experiences from the previous semester. To do this, we all listed what went well, what did not go so well and what we could do differently, using the tool Miro to handle information sharing. 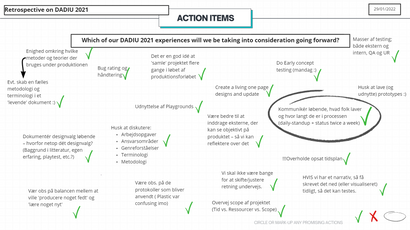 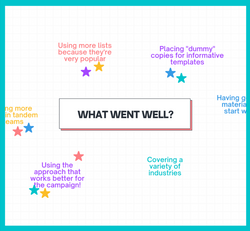 This was a good exercise to find points of interest which our team could improve and benefit from. A series of action items were selected from the insights found with the most relevant to the future production team.

To create a more tangible target audience, we authored three persona. Lars, Jens and Birger. These characters were made to help understand who exactly it is we are trying to make a game for in the end.

From these three personas, we elected to aim our game specifically at the hardcore gamer persona(Lars), which then gave us a narrowed down target to aim for. And some example games for inspiration. 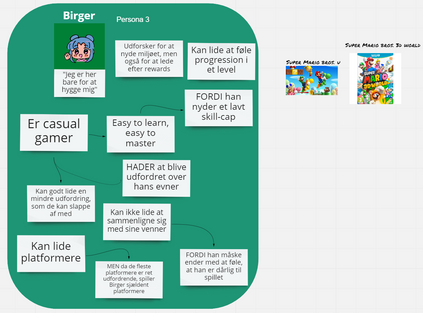 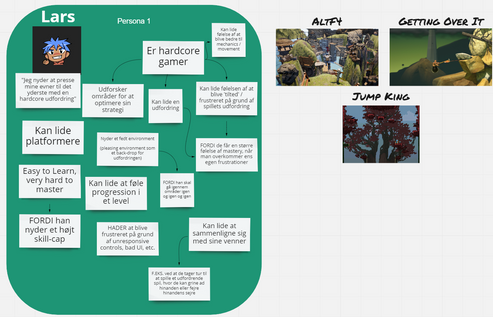 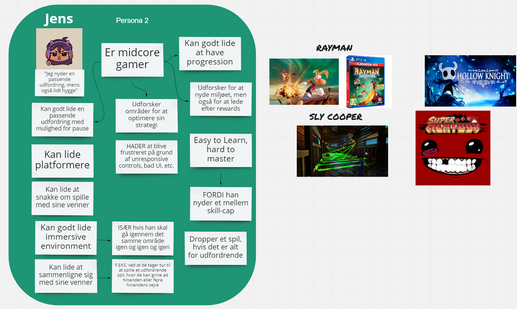 Testing on the target

To test the game in its current state, we brought in testers for a live playtest session. In this session we defined a series of player experience goals, which we hoped that the game would fulfill in its current state. We performed a pre-test interview, to understand each tester and which kind of persona they categorize as. During the play session, we would record the playtesters' reactions to certain parts of the game. This would give us some valuable feedback to specific points in the game. After the playtest, we performed a post-game interview with the purpose of placing words on each individual tester's experience, gaining valuable qualitative data.

From the recorded interviews and the post-game responses, we ended up with a lot of qualitative data. We again elected to plot these data points under labels which describe the underlying issue found. An example from this process can be seen in the picture, showing data being allocated from two different playtesters along with color coding.

The data collected from the playtesters were then separated into three different KJ-Charts. One for things players found cool, understandable and fair. One for hard content, but possible as well as a few suggestions given by the testers. Lastly, one for content that was found to be too hard, confusing and/or directly unfair, along with necessary changes described by the playtesters.

From this testing and grouping of information, we ended up with a series of bugs that needed fixing, and points of interest within the game which were in some way left needing change. 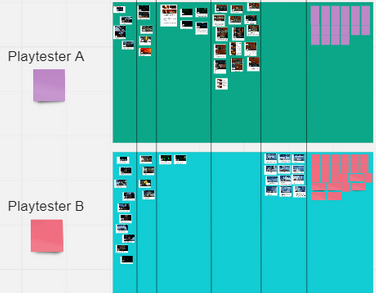 If our game development had continued further after university, the next step would have been to group the feedback gained. From grouping the feedback, it would be possible to target the most important issues for the game as a whole, and manage the resource of time. After a major update to the game, we would have performed another playtest to see how our changes had affected the game. Game testing is an iterative process, and therefore this process would continue until launch, and after.

I dream of working in the game industry, and help create products which entertain and inspire people. Hopefully the info on this page reflects this wish. Contact me using the button below if you have any questions about me, my projects or any other inquiry you might have.